Short Films of Peel with James Franklin of Culture Vannin

From micro-cars to murder, a night of short films all about Peel.
James Franklin of Culture Vannin will present a series of short films made over recent years about some of the little-known places and stories of Peel.
The films will include: a daring escape by fascists during WW2, a press gang murder, a burial site hidden amongst the gorse which is four times as old as Peel Castle, how WW1 heroism led to one of Peel’s oldest fishing boats, what remains of Peel’s railway station today, and more.
The evening will also include premieres of films never seen before: a unique film from inside the world’s best-preserved Cold War nuclear monitoring station (at a secret location just outside Peel); a short documentary about Peel Engineering, the P50 and other of its creations; the heyday of Traie Fagog swimming baths; and the visits to Peel of a certain talking mongoose…! 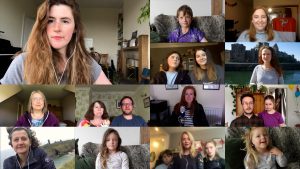 This is a ticket only event.
Free to members contact vickiatspa@hotmail.co.uk or 844891 to reserve your seat/s.
£5 to non-members. Book on Eventbrite via PHT Facebook page.
+ Google Calendar+ iCal Export